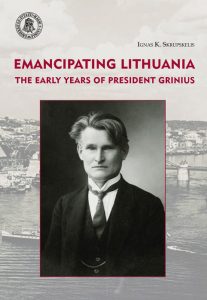 Given the times, it would be misleading to insist on a rigid boundary between biography and history. The present is a work about both the Lithuanian awakening and president Kazys Grinius, the former as it swirled around the latter: Grinius himself was both shaped by complex, intertwined social processes, and helped to shape them, give them form and direct them towards a definite goal, that of a modern and independent Lithuania.